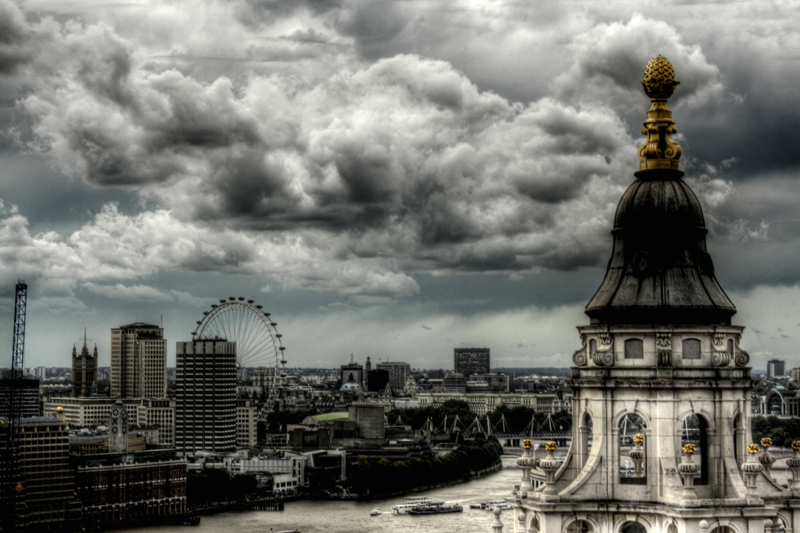 For the vast majority of my 22 years on this earth I have lived in London city. I’ve had short stints in other locations – I spent 3 years travelling 200 miles north every few weeks to go to the University of Hull – but NW London has been my home for as long as I can remember.

If you asked me 5 years ago where I saw myself 5 years from now, I would have told you that I wanted to be living in a more central London location: immersed in the culture, lifestyle and ‘live fast, die young’ mentality that the city embodies.

On April 27, 2011 I got on a one-way flight to Indonesia and began the adventure that I’m still on. I found out last week that the room I lived in for the last 19 or so years has been rented out, I am now officially a nomad. Truthfully, I couldn’t be happier and I don’t plan on going back to London to live long term, although I will go back to visit friends and family whenever I can. How did I fall out of love with London and big city life?

I was unhappy, fed-up and often frustrated while living in a big city and I could never figure out why!

There was a period of about a year starting in 2010 when I was the most unhappy I think I’ve ever been. Everything just seemed shit, motivation to do anything was in short supply and no matter how hard I tried I just couldn’t fathom what was so messed up about my life to make me this unhappy.

The strange thing is I’d experienced this ‘under a thick fog of unhappiness’ feeling before but I was always pre-occupied with something else (study mostly) to let it distract me. As soon as I had completed my education and was left to analyze my surroundings properly, I realized how much I disliked them. 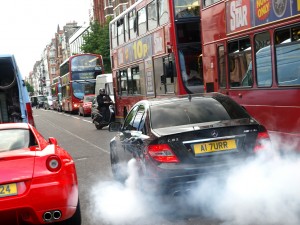 In hindsight, it was the sheer mundaneness of life in a big city that caused this unhappiness. I, and many people around me, struggled with money and a lack of prospects to improve our situation; all while signs of wealth were flaunted in front of us on a daily basis. New relationships I made felt shallow, or there was a constant feeling of weariness in people I met, something that city life instils in its residents. I started living for the weekend, and when you’re supposed to be living cheap in an expensive city, this can sometimes mean blowing half your monthly budget in a single night. Here’s something that many people wont tell you about London, it’s nightlife isn’t really all its made out to be! Overpriced clubs & drinks and superficial people does not a good party town make.

I looked at elderly people living in my big city, and felt a bit sorry for them

I am not trying to say that all people over the age of 60 who live in London are unhappy, rather when I think of myself as an old man still living in London – I feel sorry for hypothetical future me.

Unless you are extremely well off, have saved diligently your whole life in preparation for extraordinary retirement years or you have rich kids that want to take care of you – I do not see London, or many big cities, as a suitable place for any elderly person to base themselves and stay sane. London, to me, is where people come to make their fortunes and chase their dreams – once they’ve done that, or failed trying, it becomes time to move out and find somewhere less hectic, selfish and plain dirty to call home.

I would never try to blame weak-minded, blindly follow people off of bridges, behaviour on a city I lived in. What I will blame on city life, however, is the constant pressure that comes from being around nearly 60 million people who all aspire towards certain things; and the aspirations are not always positive.

When you live in a big city, you are constantly assuming. You ‘assume’ that everyone works a 9 to 5 in an office because there are so many examples of that immediately around you. You assume that getting a mortgage on a house that is worth £300k even though you make £45k a year is ok for the same reason. Big cities create a kind of bubble that kind of protects everyone within it from the larger world and creates a lot of ‘common thinking’ amongst its captives. I can tell you that I have met a larger group of varying personalities and thought provoking people in 2 months on the road then I did in 3 years living in London.

Have you ever had a buddy with a looser girlfriend/boyfriend who they keep breaking up with, complaining about, and getting back together with? After the 4th time it happens, to maintain your own sanity you tell them to either not mention said boyfriend/girlfriends name to you ever again or to delete your number from their phone. Big cities spawn this kind of insane behaviour, you find yourself doing similar things over and over again expecting different results each time but being disappointed when things turn out the same.

It ties in with the bubble effect that big cities have, you continuously do the same things because that’s what everyone in your immediate vicinity seems to do. This doesn’t just happen in big cities though, you see the same behaviour in remote villages and country towns – the difference is in a big city you have millions of people going in circles rather then just a couple hundred anywhere else. This makes it harder to break these cycles as well, sometimes it can come down to move away or stay on the hamster wheel.

I Hear You, But What’s The Solution?

Never one to moan about something and then not offer up any alternatives or solutions, (okay that’s a lie, I do this all the time) here’s a couple of ways that I took on a big city and won:

Often when someone is not happy with themselves or the life they are living, they will go for years without trying to change simply because they wont admit to themselves that they are actually unhappy. Taking action to change your situation is difficult, it takes some dedication and a lot of time, and it doesn’t get any easier once you get started. Having a beer/glass of wine often seems easier in the short term, as does eating some comfort pizza and watching a mind numbing action film. But really they are temporary fill-ins that take your mind off of what’s troubling you for a night or a weekend.

This ties in with my next point as well, once I admitted to myself that I was truly unhappy with my situation and that I wanted to change things, I…

This seems simple but is difficult in practice. Once you have decided what you need to do to get back to loving your life, ignore all the shiny glittery things trying to lead you astray again and keep on trucking towards it.

For me it wasn’t the things I expected that tried to distract me from hitting my goals, it was the small subtle things. It was avoiding living too far beyond my means so that I could live cheaply while I travel. It was suppressing my jealousy when my friends would talk about their corporate jobs because I desired that security: but in my heart of hearts I knew a traditional 9 to 5 was not for me. It was the small quirks and ‘mind-wondering’ moments that proved the most distracting when it came to my goals – and this is still the case today with my current goals – but if you keep forging a path towards what’s important you will get there eventually. 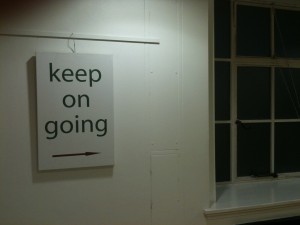 Like I mentioned, keep tearing a path down towards your goals and you will get there eventually. The worst thing you can do is stop. If you stop trying you stop making progress, which gets you down again and you enter into another cycle that’s hard to get out of. Just keep going.