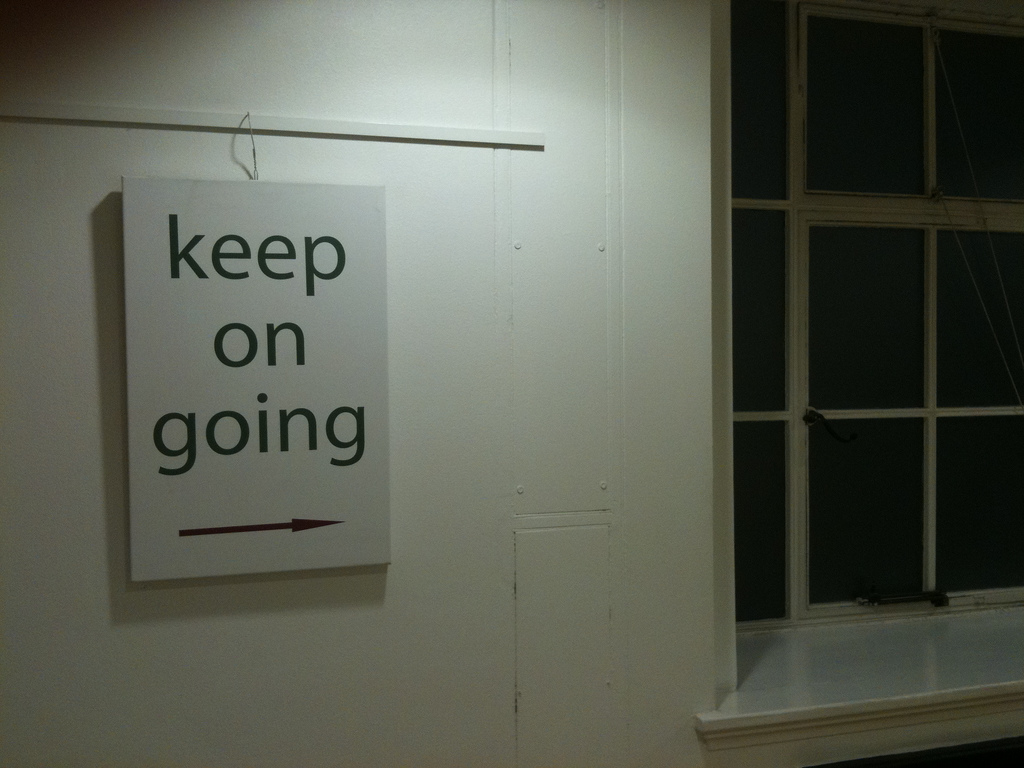 I’ve patted myself on the back a lot recently, thinking things like “you’ve done well, son,” “‘attaboy” and “way to go, handsome” (my minds voice is vain like that).
I figured no-one else is going to appreciate my achievements as much as I do, so what the hell, I’ll appreciate them myself.

Just the other day I read a self-development article about becoming a great finisher and realised that by constantly patting myself on the back I’m focusing on how far I have already come, or becoming a ‘to-date thinker’.

In their studies, University of Chicago psychologists Minjung Koo and Ayelet Fishbach examined how people pursuing goals were affected by focusing on either how far they had already come (to-date thinking) or what was left to be accomplished (to-go thinking). People routinely use both kinds of thinking to motivate themselves. A marathon runner may choose to think about the miles already traveled or the ones that lie ahead. A dieter who wants to lose 30 pounds may try to fight temptation by reminding themselves of the 20 pounds already lost, or the 10 left to go.
Intuitively, both approaches have their appeal. But too much to-date thinking, focusing on what you’ve accomplished so far, will actually undermine your motivation to finish rather than sustain it.

If I want to add crazy stories and achievements to my about page (the nerds trophy cabinet) and, more importantly, keep pushing towards my larger goals, I’m going to have to get my head out of my rear end and stop focusing on what I have already achieved so that I can concentrate on smashing down a path to where I want to finish (rich and mentally broken… why settle for less).

I like to think of this as staying one step ahead of mediocrity. Overachievers like Richard Branson and James Franco are on the front line of the daily battle against mediocrity, it’s like every achievement they make has to outdo their last as their barometer of what ‘normal’ is constantly raises. A philosophical excuse for not striving for anything could be “once I achieve a goal, it becomes another item on the checklist of my life and I have to move on to the next thing, so the goal looses its “specialness” and appeal”. The Richard Branson’s and James Franco’s of the world outrun this doubt by constantly seeking out and gunning for the next, even more challenging, achievement.

They say the thrill is in the chase, Branson got to the point where Virgin was a key player in the cut-throat aviation industry, and never one to settle, decided to move into the consumer space travel industry, bringing sub-orbital spaceflights to the paying public and is now a leader in the private sector space race. Knowing that makes me feel like a bit of a fool when I congratulate myself for getting through todays to-do list or tidying my room, time to step it up me thinks!

I will finish up with a message from the mighty courage wolf: 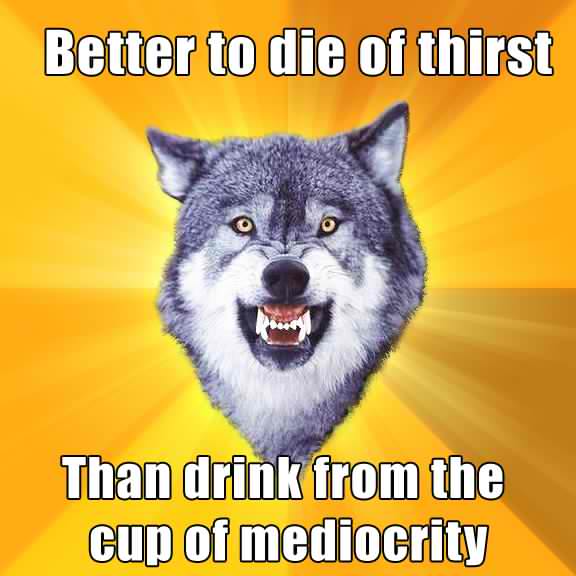